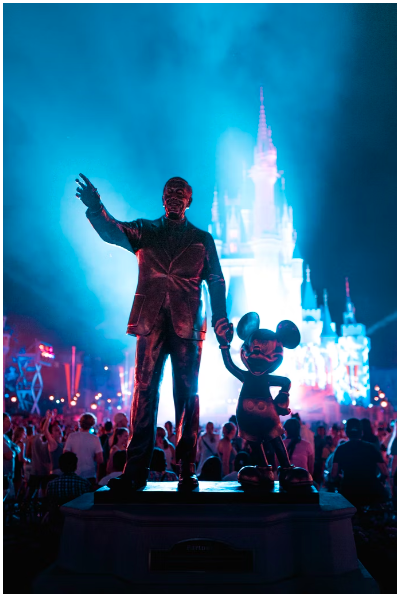 Think about some of history’s greatest leaders. Who comes to mind? You may imagine presidents like George Washington and Abraham Lincoln, great inventors like Thomas Edison and Nikola Tesla, or businessmen like Bill Gates and Walt Disney. All of these leaders were wildly successful, but they also had something else in common: at one point or another, they all failed. They did not, however, let their failures define them or drag them down into hades. Instead, they learned from failure and let it serve as a guide as they continued to move forward. The ability to learn from failure rather than being crippled by it is one of the most important and distinguishing characteristics of a truly great leader.

When questioned about his lack of progress on the creation of a nickel-iron battery, Thomas Edison famously replied, “I have gotten a lot of results! I know several thousand things that won’t work.”¹ Edison viewed his repeated unsuccessful attempts at creating the battery as learning experiences rather than as permanent failures. He had a vision and was willing to view all parts of his work, even apparent failures as progress toward the fulfillment of that vision. He is not alone in the annals of history where great leaders faced repeated setbacks and were forced to adapt. Walt Disney faced numerous difficulties as he built his media empire, including “a bankruptcy” and “a mental breakdown”. Yet when speaking about the challenges he faced, Disney said, “You may not realize it when it happens, but a kick in the teeth may be the best thing in the world for you.”²

The list goes on. Abraham Lincoln suffered numerous defeats as he slowly climbed the political ladder³, but he eventually became one of the greatest and most consequential U.S. presidents of all time. Software guru Bill Gates dropped out of Harvard and lost his first company, but the lessons he learned changed his life. Gates said, “once you embrace unpleasant news not as negative but as evidence of a need for change, you aren’t defeated by it. You’re learning from it.”⁴ Elon Musk was forced out of his CEO position at two companies within a span of five years, but he is now one of the richest people in the world⁵. The lesson to take from all of these examples is that no great leaders has ever emerged without adversity. Truly great leaders not only rise in spite of their failures, but use their failures as tools to learn, grow, and continue pushing forward.

Your failures are a part of the fabric that makes up your life, but that doesn’t have to be a bad thing. A Japanese tradition called kintsugi illustrates the attitude we should have toward our failures. Kintsugi is the practice of repairing broken pottery using “lacquer dusted or mixed with powdered gold, silver, or platinum”⁶, which reveals and emphasizes the areas where the pottery was cracked. Rather than attempting to hide the existence of the cracks or pretend the pottery was never broken, kintsugi treats the pottery’s damage as an important part of its history and incorporates it into the aesthetics of the pottery. Therefore, the lessons learned from a broken process can become part of creating a masterpiece.

Maybe you have hit a brick wall in your career or intimate relationship. Follow these simple steps back to victory:

Remember, this, everything you need has already been planted inside of you – it was weaved into your soul and DNA (Psalm 139).

Get more encouragement at: https://andyramirez.org/determined-rest/

¹“I Have Gotten a Lot of Results! I Know Several Thousand Things That Won’t Work” (Quote Investigator, https://quoteinvestigator.com/2012/07/31/edison-lot-results/)

⁵”The many failures of Elon Musk, captured in one giant infographic” by Sally French (MarketWatch, https://www.marketwatch.com/story/the-many-failures-of-elon-musk-captured-in-one-giant-infographic-2017-05-24)

As an experienced public servant with several years of private and non-profit leadership, Mr. Ramirez understands how to simplify the complexities of an organization and dramatically increase operational efficiencies. His skills include Building cohesive teams, effective Community and Social media outreach, Public speaking, Project management, Public Works, Major donor development, Bi-lingual marketing, and Budget management. He is an excellent communicator with a keen sense for serving others. Mr. Ramirez graduated with highest honors from CBU with a Masters in Public Administration.

This site uses Akismet to reduce spam. Learn how your comment data is processed.